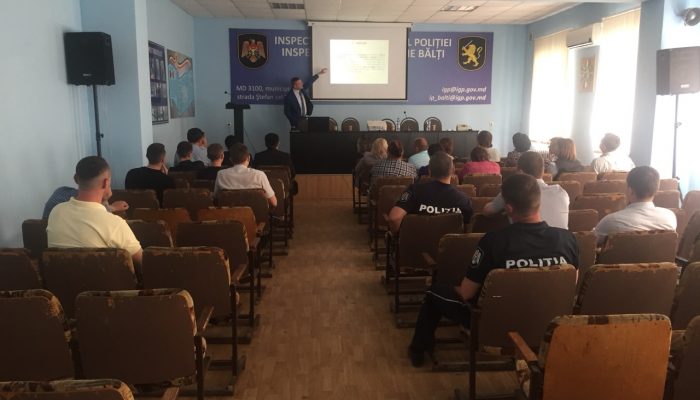 The Moldovan Institute for Human Rights (IDOM), thanks to the financial support provided by Sweden, carries out monitoring of the respect for the rights of persons with mental and intellectual disabilities held in psychiatric facilities, trainings and strategic litigation activities.

During its monitoring and evaluation activities, IDOM identified systemic deficiencies in securing the respect for the right not to be subject to ill treatments of the beneficiaries of Psychiatric Hospitals and of Temporary Placement Centers of Persons with Disabilities (“Psycho-Neurological Boarding Houses”). Deficiencies in the management of cases with the involvement of persons with mental/psycho-social impairments by the territorial police and prosecution staff were found in the work of the respective institutions, which conditions torture and inhuman and degrading treatment.

The UN Committee against Torture has recommended the Republic of Moldova to train the police and prosecution staff, the prosecutors and judges, and the entire staff involved in providing health services on the methods of interaction with the persons with mental/psycho-social disabilities as well as the on efficient investigation and documentation of cases of torture and inhuman and degrading treatment.

In view of preventing situations of torture and inhuman and degrading treatment as well as in view of providing support in the implementation of action 1 “Ensure an adequate level of training of the subjects involved in preventing and combating torture according to the standards established in the Istanbul Protocol and confined in the ECtHR caselaw” (Strategic target B: Authorities show zero tolerance to cases of torture – PNADO III), on 23 May 2019 and on 30-31 May 2019, IDOM organized four workshops with the involvement of the staff of Police Inspectorates and Prosecutor’s Offices of Hîncești, Bălți, Soroca and Edineț as well as of the staff of Placement Centers for Persons with Disabilities of Hîncești, Bălți, Bădiceni and Brînzeni.

In view of reducing and preventing cases of inhuman and degrading treatment and considering it pertinent to transpose the unique expertise of the General Prosecutor’s Office in unifying national practices in non-admission of ill treatment, trainers in the above-said activities were Mr. Ion Caracuian, Chief of the Torture Combating Section of the General Prosecutor’s Office, and Dumitru Russu, Coordinator of the Monitoring and Reporting Program of IDOM.