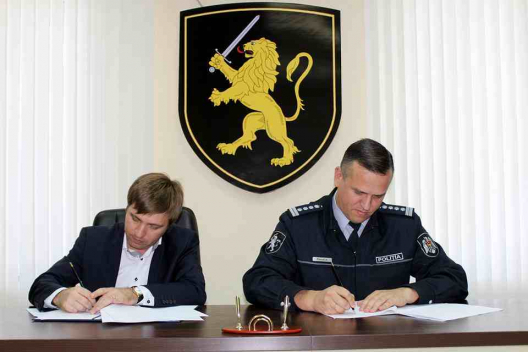 On 6 October 2016, the General Police Inspectorate (GPI) and the Moldovan Human Rights Institute (IDOM) set the basis for future cooperation.

The GPI Chief Alexandru Pînzari had a working meeting with the IDOM Executive Director Vanu Jereghi to sign a one-year agreement on improving the practical skills in the human rights area and on reaching some of the objectives set in the 2016-2020 Police Development Strategy (the Strategy).

According to the agreement, IDOM will support the GPI with implementing the Strategy, and especially the Police reform efforts under such objectives as “Develop the process of training and retraining of police officers”, “Promote the principles of transparency in decision-making”, and “Eliminate all forms of ill-treatment, abuse, and discrimination in Police work”, as specified in the Action Plan for implementing the Strategy.

The GPI will provide the necessary support and will consult IDOM in drafting and submitting for approval legislative and normative acts in the areas described in the agreement.

In this connection, the chiefs of the signing institutions expressed their conviction that all efforts would be made to reach the objectives encompassed in the agreement in view of preventing and eliminating all forms of ill-treatment.

To note that the signatories will act to secure the rights of persons in conflict with the law to treatment based on the principles of respect for privacy, prohibition of intimidation and discrimination, detention conditions that do not affect human dignity, and other principles established by the national and international law in this area.